If you are a long time subscriber to my blog here at OzarksDetector.Com then you have watched it grow through the years.  It has come a long way since the beginning, and continues to get better in both content, and popularity/ visits.  The site has turned out way more than I had anticipated originally and I couldn’t be happier with it.

Now That’s Cool!  I’ve really enjoyed blogging, and sbaring my little piece of Arkansas with my readers/ subscribers through the years.  I’ve enjoyed reading all of your posts, blogs, etc as well.  You’ve all made my blog one of the most popular metal detecting blogs on the internet through the years, and for that I appreciate each and every one of you for sharing, liking, and subscribing to Ozarks Detector metal detecting blog. 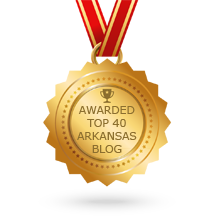 I have a huge project I have been working on, and I simply can…not…wait… to share with you what I am working on.  You know me, never been one to shy away from making a difference in our hobby and this new project will be my biggest and best contribution to our hobby, yet.

To be in Arkansas Top 40 blogs is an honor, and I am proud to be among the other awesome Arkansas blogs!

2017 was a year of metal detecting firsts for me. If anything I learned that you can never say never when it comes to the hobby of metal detecting. Two of my finds blew my mind because I never thought … Continue reading →

Seeded hunt’s are a different type of metal detecting. The most notable difference is the speed at which you have to cover ground, recover a target and fill your plug. Your metal detector and coil combination are also important.

On competition hunts, finding the right metal detector and coil combination for You is ultimately the best course of action. Some say a larger coil covers more ground and it does, and also goes deeper. But, on a seeded hunt, depth isn’t an issue, and I’d argue that in a trashy environment that the larger coil would sacrifice some target separation.

So, I decided to use the Garrett AT PRO and the 5 x 8 inch coil combination, which proved to be a great set up, where I was able to find targets with speed, and separate good and bad targets more easily.

With 2.5 hours to detect I headed straight for some large trees.  The first good target was the Kennedy Half Dollar, which I was very happy to find.  Up to that point I was getting skunked big time. But, I redeemed myself.  Moving around the same tree I heard my  second target, I saw an 89-92 on the screen along with a nice high tone and it turned out to be the Ike Dollar.

On the other side of the tree I heard a nice high tone which I’ve come to learn many times means silver on the AT PRO, and thought that I might have a silver dime. Heck yeah, I was right it was a silver dime, a Mercury dime.  I decided to re-check the plug, and heard what I thought could be another silver dime, and I’ll be darn it was another mercury dime!  I’m not sure if both were planted, but somehow I doubt they planted two silver dimes in same hole, who knows? Not far from those dimes I also found the coin with a hole in it, which happens ot be a 10 Yen coin from Japan, Minted between 1951-1958.

Later along a tree line I found another one of the mercury dimes, a 1919 about 2 inches down. Almost a 100 year old dime, that’s just crazy.  I should say that I was finding junk targets left and right out there, like everyone else.  There were targets in all ranges from tokens to silvers, and even rings, so I was digging iffy targets as well.  In other words, it wasn’t all silver and coin finds, I was happy to even find good targets.  The competition was stiff and I was feeling the pressure to find something good.  Before the hunt wrapped up, I got lucky and found one more silver dime, the Roosevelt dime.  It was a nice way to finish off a fun hunt with friends.

To be honest, I was happy to get on the board with a silver.  I was getting skunked, but once I settled down and got more picky about what targets I would dig, I started having much better luck.  That was my first real seeded hunt, because the first one I went to I hunted all over the park, not just the designated area…lol So, having said that, I learned a few mistakes I was making and was able to adjust to the environment and come away with a few keepers.  I guess I can still call myself a detectorist after all. heh