This weekend I got a chance to spend a few hours metal detecting with a friend. We detected in a nearby town where an early 1900’s school once stood. I just knew there had to be silver there, so I concentrated on all of the areas that I thought had a good chance of holding silver coins.

I was high tone hunting, or cherry picking, hoping to find an old silver coin. I had many possible silver tones, but ultimately ended up with $8.00 in modern coins and a cool token. 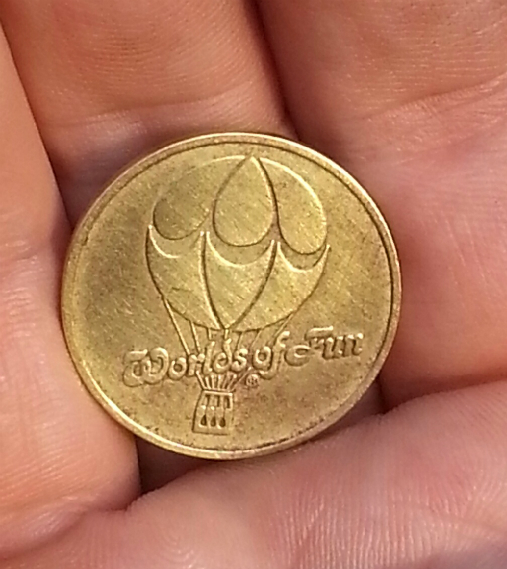 I like finding tokens, sometimes they’re more rare than the modern coins I tend to find most often. This token has a cool looking gold tone to it, and will make a neat addition to my token collection.

I dug more than a hundred targets at the old school grounds, non of which turned out to be a silver coin, but hey, it wasn’t for a lack of trying!

The sun was setting and my friend suggested that we ask permission at a very old house on a dirt road near by. We got permission to detect there immediately from a very friendly and generous property owner that told us his house is the third oldest in that city. I guess the house to be from the 1880s or so, but it could be even older, I’m unsure of it’s exact age though but somewhere in that age range.

Scanning the front yard I got a nice high tone on the AT PRO and decided to dig it. About four inches down I saw something shiny in the hole. 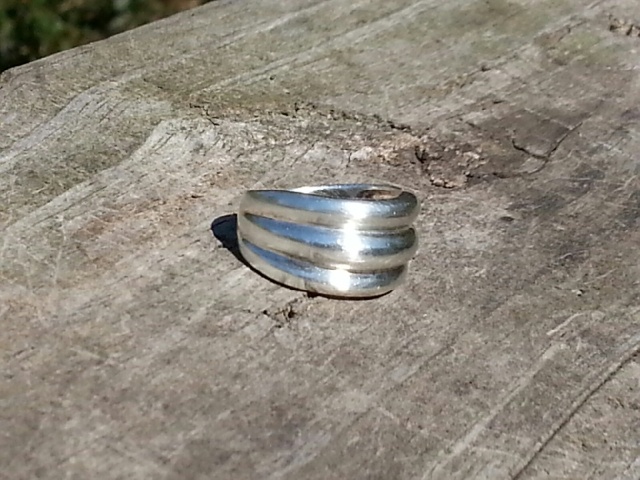 It turned out to be a nice .925 silver ring! I was so happy to see it because I had dug a 100+ targets, and finally had silver in my hand. It was a numbers game, dig as many good tones as possible in hopes of finding silver, and the numbers game worked!

I showed it to the property owners and asked if they recognized it, they both said No and told me it was mine to keep. I was happy to finally break my silver slump. Man it felt good to cap off a long day of detecting with a silver ring in my pocket!

After another thirty minutes or so, we thanked the property owners for letting us detect there, and while talking to them it turns out that the ole boy is interested in metal detecting and may be able to get us permission to detect some land next to a documented civil war battlefield. It would be awesome to get a new detecting buddy and find a few civil war relics along the way!

All in all in was a great day detecting, but then again, every hunt that ends in silver is a good day if you ask me!