Awhile back my detecting partner and I met up for a day of detecting at a very historic house that once belonged to a Civil War Officer.  We aren’t the first guys to ever detect there, in fact we both know a couple of people that have detected the property, but that didn’t deter us!

After about an hour of pulling out memorial pennies, I looked at Odi and said “I’m convinced…” He said, “Convinced of what?” and looked at me kinda funny.  I said, “I’m convinced the others got whatever was here.  Let’s go over along the back fence row and see if the others bothered trying back there.”

So, we did go back by the fence, and after about 5 minutes I heard a tone that caught my ear.  I could hear what I believed to be a silver dime, but there was also a mid tone mixed in with the tone.  I was using my CTX 3030

and the Conductive number was around 40-42 more often than not, and there was enough to the tone and numbers that I thought I had a chance at a silver dime.

I dug a plug about 5 inches deep, and the first thing I saw was a rusty nail, which isn’t uncommon but I knew that wasn’t the tone that got my attention so I scooped a handful of dirt out of the plug and saw something round.

I got excited because I am mainly a coin hunter and thought for a split second that I had a silver coin in my hand.  It turned out to be an Oklahoma Tax token from the 1930’s. 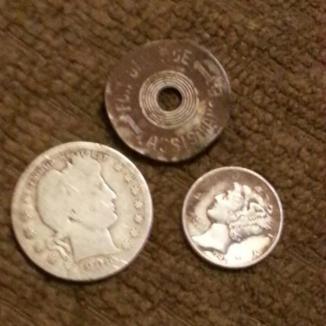 Some times nails are a high tone on a metal detector, but something told me the token STILL wasn’t what I heard.

There was just too much of a soft n sweet silver sound to the target to be an aluminum token and nail.

By that time I had called Odi over to check out the nail and token when I poked my pinpointer in the plug and said “I still don’t think that’s what I heard, and there’s something else still in the plug…”

As I grabbed a handful of dirt out of the side of the plug I saw the edge of a coin and said something like “Oh wow…” because  I could see an eagle on the back with it’s wings spread! 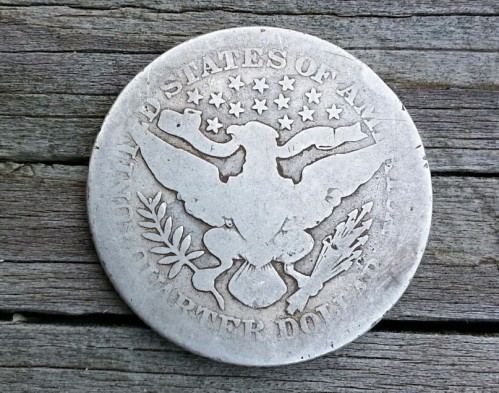 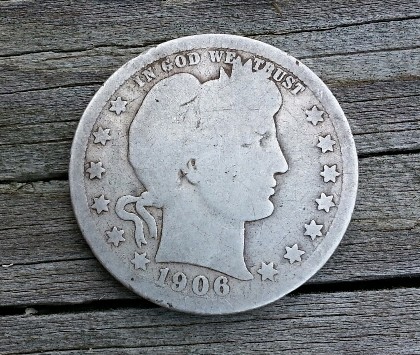 It’s well worn and scuffed up, but that’s not a problem, I don’t sell my coins anyway. Plus, in my opinion, every scratch and ding in the coin has a story to tell during this coins 111 year existence!

The really surprising part is that a silver quarter, a token, nails, and a piece of fencing were all in the same hole, and my CTX 3030 metal detector

still notified me of this coins presence.  I admit that I thought it was a silver dime pre-dig, but either way the 3030 told me there was silver down there.  The nails and token pulled the conductive number down a couple of numbers, but all indicators led me to believe it was silver, and it was!

One thing I am learning about the 3030 is that you have to reach a point where you have confidence in what it is telling you.  It seems the more confidence I give it the more goodies it gives me.  That’s a great trade if ya ask me.  🙂

All in all it was a fun hunt with some silver and a cool token. Couple that with a great day under the sun while hanging out with a great friend and ya just can’t beat it.

Mark one off the bucket list… never thought I’d find a Barber Quarter, but I did! 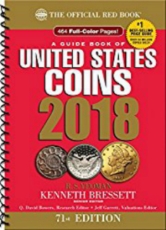 How rare are your coins? How much are they worth?

You’ll find 32,500+ prices for more than 7,600 coins, tokens, medals, sets, and other collectibles. The invaluable Red Book is the world’s best-selling coin price guide with more than 23 million copies sold.

Thank you for checking out my first barber quarter find!  I hope that you all make the find of a lifetime soon!