Recently, a couple of detecting buddies and I were invited to metal detect at an old post office and private property. Our main goal was to recover a lost rock breaker bar for the property owner, but ultimately we weren’t able to locate it without more information on where it was lost.

Since we were looking for a large object, I was digging most signals that I thought could be a part of the lost breaker bar when I got a nice high tone on my Garrett AT Pro Metal Detector

and decided to dig the target.

About 5 inches down I found this The Anti-Automobile Thief Association of America badge from 1924-1925. 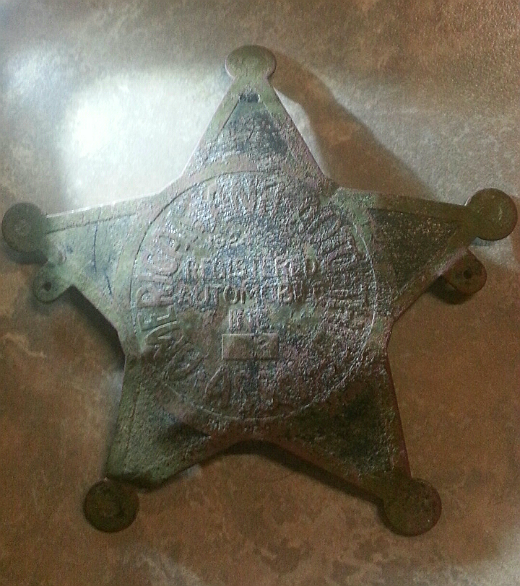 The date is difficult to see but top center I can see a date of 1924-25. According to research I was able to learn the following information about this interesting piece of history: 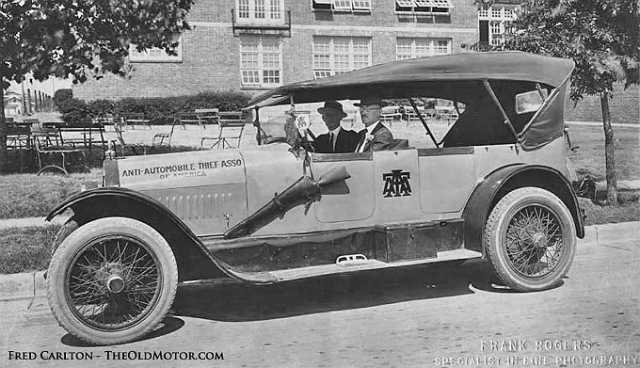 “This early 1920’s photo courtesy of Fred Carlton shows two armed representatives of the Anti-Automobile Thief Association of America in a Stutz Touring Car in Dallas, Texas; it gets the message across that they meant business.

If the rifle didn’t make the message clear, its newspaper advertising campaign would as it stated: If you have a hankering for a sentence behind prison bars STEAL A CAR belonging to a member of the AATA. For we know you methods and you don’t know ours! We never stop until WE GET YOU!

An article in The Insurance Press December 7, 1921 issue about the Union Insurance Company of Wichita, an automobile underwriter, states that the AATA was also a Wichita product. The Company also required its insured to be a member of the AATA which cost the car owner $15.00 per year.

The Anti-Automobile Thief Association of America (AATA) was first formed in Wichita, Kansas, probably in 1918, the year its name was copyrighted.

References were found to the AATA being a parallel organization to the Anti-Horse Thief Association which was first formed in 1854.”