2014 is turning out to be a fun year for me. Between the Fisher F5 and the AT Pro, I have found 4 rings so far in just 4 months. That is a pretty good ratio!

In 5 hunts, the AT Pro has found 3 rings! One gold, one stainless steel, and one junker! But they are all rings, and all gave a solid tone. Since I have become more of a tone hunter, my jewelry count has gone way up!

This past weekend, I was detecting at a park near a basketball court and about 3 inches down I found a ring! It was one of the first targets of the day, and was a surprise when I saw it in the hole! 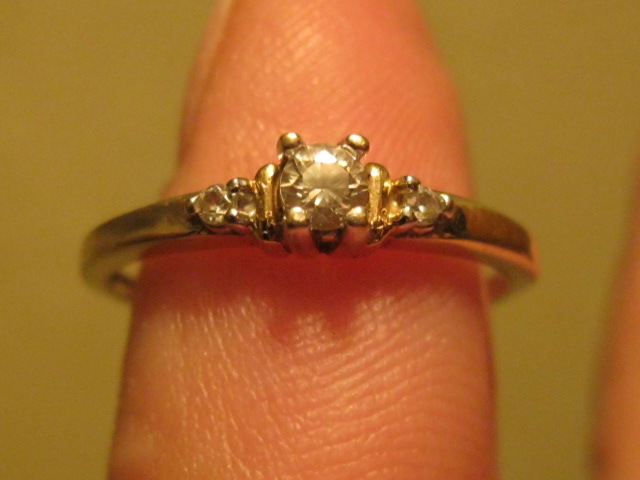 10K Gold with Cubic Zircons, but gold is gold and a ring is a ring!

10K Ring found with AT Pro

The number readouts on a target ID screen are useful, but my experience has been that there are too many variables that can skew those numbers on the screen. I used to sit back and search for high tones all the time, but it wasn’t until I started to really listen to and dig those mid tones that my jewelry finds increased! 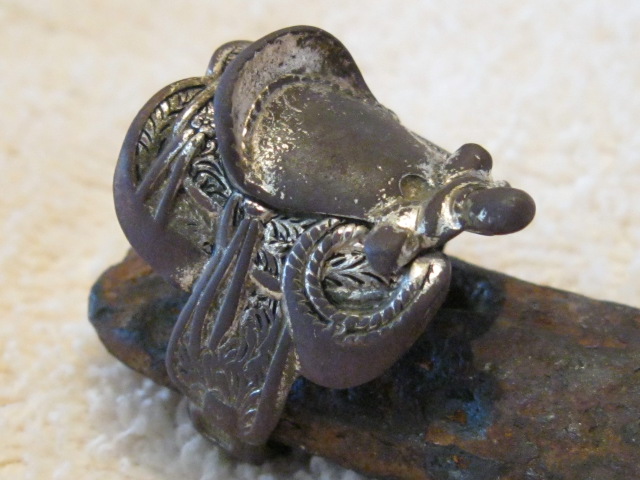 This ring, a 1950’s Roy Rogers ring was found at an old homestead in the woods. Well, there used to be an old homestead there, but all it is now is an old foundation. Near a very large tree, between where the house was and the creek, about 4-5 inches down I found this ring with the Fisher F5. It was a surprise considering where I was, but as they say, treasure is where you find it!

On the second hunt with the AT Pro, I was detecting at a park near a basketball court that I went to with the sole purpose of finding a ring.

After about 30 minutes of detecting there, I got a nice high tone on the AT Pro, and dug down about 4 inches and pulled out this Spike brand Stainless Steel Ring. I simply said to myself, “That’s what I came here for!” The other junker ring pictured was found at a park and was the last target I planned to dig. Boy was I surprised when I saw a ring in the plug. It’s nothing major, but it wrapped up a hunt with a ring in the pock!

The first hunt of 2014, on January 1st I was detecting at a park using my Fisher F2 and sniper coil. I got a zinc sounding signal and dug down about 2 inches and just about had a heart attack when I first saw this ring in the plug!

This “bling” ring is what they call “Nitro” because it just about gave me a heart attack when I first saw it. Oh well, it was a great start to the year, and so far the trend has continued each month after finding this!

All things considered I chalk these ring finds up to a combination of things. Location, Experience, Knowing the machines I use, Digging the Mid Tones and Getting the Coil Over the Target.

So far that combination has been a good one, and I hope that the trend continues!